I work full time as a Security Professional in a very prestigious Company. 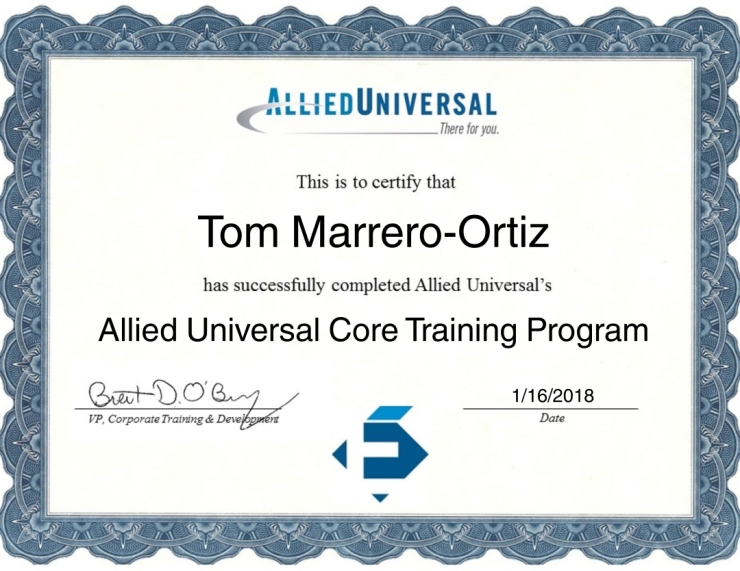 I am also a CompTIA A+ Certified Professional, active since November 1, 2003. 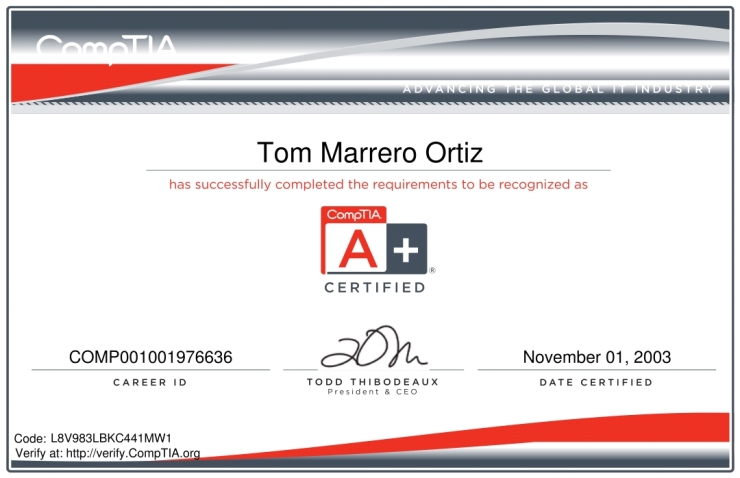 Before 2001, I had purchased a Toshiba Satellite 1715XCDS laptop that had the following specifications:

I used the proprietary Microsoft Office software, with an Educational License that a person close to me had. But I was not comfortable using software that I had not purchased.

I investigated online using Coquí Net’s Dial-up service. In 2004, I managed to find AbiWord. It was my very first experience utilizing Free Software. But I needed something else, a complete package, like the one in Office, with word processing, spreadsheet and presentation.

My second experience utilizing Free Software was when I downloaded and installed OpenOffice.org, which was from Sun Microsystems* at the time. This is based on the OpenOffice.org 1.1.2 release date. I installed and used OpenOffice.org and learned about the GNU General Public License, version 2.

*Oracle acquired Sun Microsystems in 2010. Since then, I have used LibreOffice, as it is software driven and developed by the community, and it is a project of the non-profit organization, The Document Foundation, which does not depend on the future of any corporation.

Between 2004 and 2005, I had my first experience with a GNU+Linux Distribution. I downloaded and installed Red Hat Linux 9 (Shrike) on a HP Vectra VL6 desktop computer that had the following specifications:

Using the old HP Vectra VL6 computer, and a full modem with its own controller chip, which I had purchased at the late OfficeMax in Fajardo, Puerto Rico, it took me a whole week to download the Red Hat Linux 9 (Shrike) CD ISO images, using Dial-up Service, which was extremely slow!

I prepared the physical CDs and finally installed Red Hat Linux 9 (Shrike) on the HP Vectra VL6 computer. Later, I also installed in on the Toshiba Satellite 1715XCDS laptop that I had purchased before 2001.

Installing GNU+Linux was a great experience that helped me understand the importance of the four freedoms of free software. I could install it on any computer to use it however I wanted, as a server or as a personal workstation (Freedom 0). If I were a program developer or knew one, I would also have been able to study and modify the software (Freedom 1). I could copy the CDs as many times as I wanted, and I could sell or give the CDs to whomever I wanted (Freedom 2). I could also have redistributed the modifications (Freedom 3). The GNU General Public License and other Free Licenses allow you to do all of this freely.

Starting in 2007, Fedora Core changed to Fedora, when it was publicly released on May 31, 2007 under that name. View the Fedora version history. You can also view the history of Fedora release names.

Between January 2002 and December 2006, while I was working for the late ComputerLand of San Juan, I utilized the Knoppix distribution for the first time.

Between June 2009 and December 2012, while working at InterTech Caribe, Inc. and ComputadorasPR.com, I installed Mageia (a fork of Mandriva Linux which started on September 18, 2010) in one of the repair shop computers. I also installed it in a Dell Optiplex computer at home. I installed CentOS in a server for a Client. At the repair shop, I installed and used Salix for the first time on a Toshiba Satellite 1715XCDS laptop, the same model I once owned.

On February 5, 2019, I started reading more about free software on the GNU Operating System, and on February 6, 2019, I began testing a 100% free GNU+Linux distribution for the first time, known as Trisquel GNU/Linux, on an Acer Aspire 5253-BZ693 laptop. Since then, I am doing my best to use this blog to raise awareness about using GNU/Linux-libre Distributions.

On Tuesday, August 6, 2019, I installed Linux Mint Debian Edition on the Acer Aspire 5253-BZ692 laptop, because I was looking for a GNU+Linux distribution that would work for new users who wanted to switch from Windows to Linux. Linux Mint meets the user-friendly requirements, with audio and video drivers, multimedia codecs, and WiFi drivers that everyone needs in order to watch Internet multimedia on GNU+Linux.

You can write me by email on the Contact page to clarify any questions you have about GNU+Linux and GNU/Linux-libre. You can also read the articles What is GNU+Linux? and What is GNU/Linux-libre?, which contain more details about where GNU+Linux distributions originate.